Anyone who has ever visited Del Puerto Canyon just outside Patterson has seen its wonders. There are geological formations, rare flora and fauna, Native American heritage sites, and j 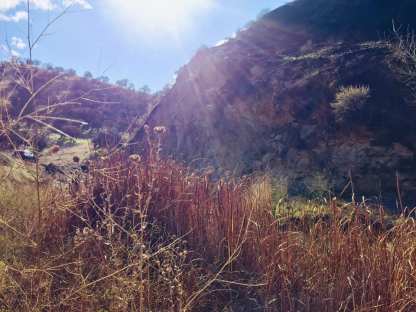 ust a beautiful and quiet place to visit all year around.

The Del Puerto Water District and developers are aiming to put a dam at the entrance to the canyon and bury many miles of this wonderful place underwater.

Members of the PPA have been working for months with local leaders to attempt to find out who this water storage is for, who is benefiting from this proposal, and what we as a community are being asked to give us.  After a lot of leg work and questions we, along with many others in our town, agree that this is not the right location for this dam.

Not only will this dam destroy the fist 5 miles or so of this canyon, the section that community members most frequent, but it will also require the complete redesign and removal of the public road that passes through there.  Not to mention the flood risk and possible flood insurance liabilities that we may have to take on with no gain for the residents of Patterson.

With that we say NO! to this dam and suggest that the water district use a proposed second location 7 miles north that is an unused area in the hills.  If you would like to help please reach out to us and follow on this Facebook group for the Del Puerto Canyon.  You can sign the petition here to say NO to this project!

Media Links:
FOX40: All Risk and No Reward
Modesto Bee: The Dam Must be Moved! 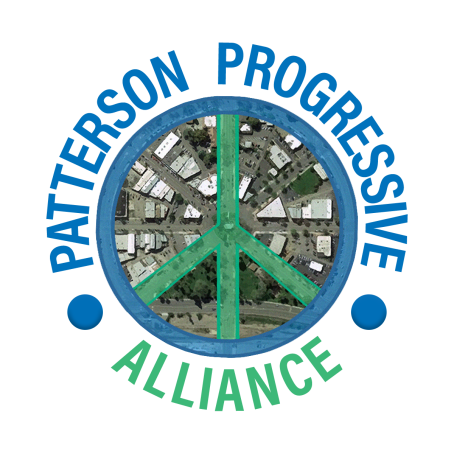 With the 2018 primary election season behind us the candidates left in the race for CD-10 are Josh Harder and Jeff Denham.  We reached out to Mr. Harder and his campaign with a questionnaire of issues that our members find important and want to see our congressional candidate take a solid stance on.  Mr. Harder filled out that questionnaire and at our most recent meeting we brought it forward to our members for discussion.

NOTE: The questions and responses are now published online for all readers and members to look through.  Find the link below.

After looking over his responses and talking through the pros/cons and any concerns we may have had about Mr. Harder we put forward a motion to formally endorse Mr. Harder as our candidate for CD-10.  That motion was voted on by all present members and with unanimous support the Patterson Progressive Alliance is proud to announce our endorsement of Candidate Josh Harder for California Congressional District 10.

We look forward to working with our partners around the district as well as Mr. Harder’s campaigns to unseat Jeff Denham and his failed policies for the good of the valley, the state, and the nation.

Please visit www.harderforcongress.com for information and opportunities to help in his campaign or you can reach out to us directly here or at pattersonprogressives@gmail.com.  Thank you again to all members and supporters and let’s get going to take back our district! 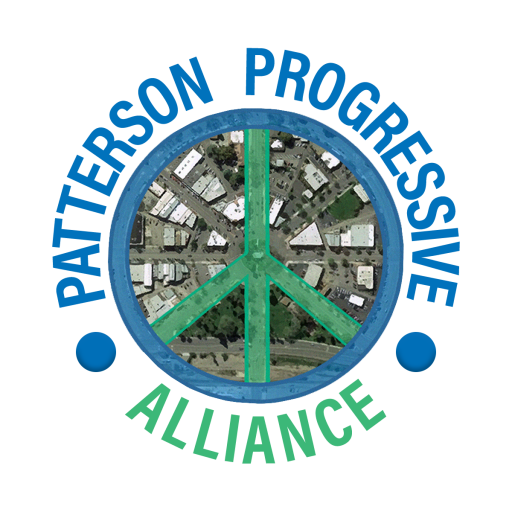 The Patterson Progressive Alliance was proud to endorse TJ Cox for the 10th Congressional District race against Jeff Denham, and we were disappointed to learn that he will instead be running in the 21st district. TJ earned the support of our group and several other groups throughout the 10th for his progressive values and genuine character. Our support for TJ stands, and we wish him well in his new race, but our focus remains on Patterson and the 10th district.
The PPA is not currently endorsing any candidate for the 10th district, and we look forward to discussing this further at our next meeting on March 14. Our biggest goal remains to flip the House, and with TJ in the 21st and a Democrat in the 10th, we’ll be two steps closer to doing just that. We will continue to work to unseat Jeff Denham, and we’ll be canvassing again on March 18 toward that goal.

In CD-10 our current representative, Jeff Denham, consistently posts about supporting our military, supporting our vets, and giving special treatment to those that wish to serve our country through the armed forces.  The only problem with that is that his party’s leader and our current President has just released a barrage of ridiculous tweets banning transgender people from service.

The Republican Party, Denham, DeMartini, and many others, have for years run on a platform of strong military support.  The only problem is that an estimated 15,000 current servicemen and women are transgender and with the proclamation this morning (on twitter of all places) the Commander-In-Chief has turned his back on those people serving our country with honor.  Without any proper information outlined in this “ban,” 45 has also left those service people not knowing if they will now be sent home and removed from service.  Will they be given honorable discharge?  Will they be flogged in the streets?  At this point no one seems to know, not even the Pentagon who when asked for a comment said to “Ask the White House.”

This ban is also coming at a very interesting time when 45 is weak, under attack, and the investigators are closing in on his joke of a mafia family and their Russian collaborators.  Trump’s weak ego means that he needs to shore up support from somewhere and the only people that are still showing strong support for him are the ultra-social conservatives that believe that transgender people are “mentally ill” and “diseased.”  He is under fire and is looking to get a little ego boost in this time of great peril.

Back to Jeff Denham though – our representative to the Federal Government has long claimed to side with military and veterans.  He also has a long history of refusing to stand up to the Trump agenda even though his district clearly wants him to.  By refusing to speak up or vote against various Trump-backed bills, Denham has shown us his true colors.  This is just another taste of that spinelessness and cowardice in the face of his party.  Denham has not spoken up against this ban.  He has not shown his support for the 15,000 acting service people who are transgender, or the many veterans that he may have even served with that also identify as transgender.

Just another case of Denham lying to his constituents to win political points with his party leadership.  He has never wanted to listen to us or the veterans – only those that believe in what his party wants them to believe in.

Recently the local Republicans held an event where they hosted the right-wing firebrand Ann Coulter to a fundraiser.  This event was blasted by the left, middle, and some on the right as well because of the nature of Ann Coulter and the hateful shtick of a caricature that she portrays in her books and media.  Not only does she actively preach hate towards immigrants, Latinos, and other minorities, but also women and anyone that disagrees with her.

As a constituent of Supervisor Jim DeMartini it absolutely sickens me that this event was basically approved and co-opted by our county board.  I have no problem with a private event and letting people speak their minds, but where the issue lies is that it gave the impression that it was sponsored by the county board.  We have also come to find out that Stanislaus County taxpayers are on the hook for about $68K in police services for this event, which just supports that perception.

Almost any other event in the area requires the event holder to pay for “police services” to cover those costs and take the burden off the local taxpayer – but for some reason, which DeMartini cannot explain thoughtfully, the Republican fundraiser was not equally charged for these police services.  When Jim was confronted about it at a recent board meeting by a concerned and brave citizen, his answer was that it was the fault of the Modesto Bee as they “whipped up the hysteria” around the event and that they were “responsible.”

Jim – I thought you were a Republican?  I thought that Republicans believed in taking responsibility and accountability?  Well maybe it is time for you to accept your nature and the problems you have caused over the years you have served in office.  Maybe it is time for you to listen to your constituents for once instead of your party.  I know you are not used to being held accountable for your actions, but that is changing.  Get used to it.

The Patterson Progressive Alliance was formed in January of 2017 in the city of Patterson, California around a dining room table of the Leonard household. Since that first meeting the group has grown locally while also expending and connecting to groups all over CD-10 and the Central Valley. We have no current plans on slowing down.